Get the latest news from Syracuse delivered straight to your inbox.
Subscribe to our newsletter here.

Jason Jose, a visitor to the exhibit, said the atmosphere feels like you’re walking through history.

The “Floating Bridge” is currently on display at the Everson Museum until July 4. The exhibition aims to “tell the story of this generation of artists who bucked the trends of previous generations of artists,” said Garth Johnson, the curator of ceramics. at the Museum. Johnson also highlighted the importance of the relationships developed between the artists and the museum that led to this exhibition.

To connect an old and a new era of art in Japan, the exhibition showcases the work of a generation of artists who bring global and culturally diverse elements into a traditional ceramic form.

“Really back when Everson was collecting, there was a group of artists that I know went far beyond Sōdeisha,” Johnson said. “So they turned to Western artists; they were looking for pop art.

The convergence and adaptation of different cultural elements in these traditional and ancient art forms is exemplified by pieces such as “From Nice” by Hirai Tomokazu.
The piece speaks to the global network of Japanese ceramic artists, as Tomokazu incorporated global elements through bold colors and elements found in Italian and French fashion in the 1980s, Johnson said. 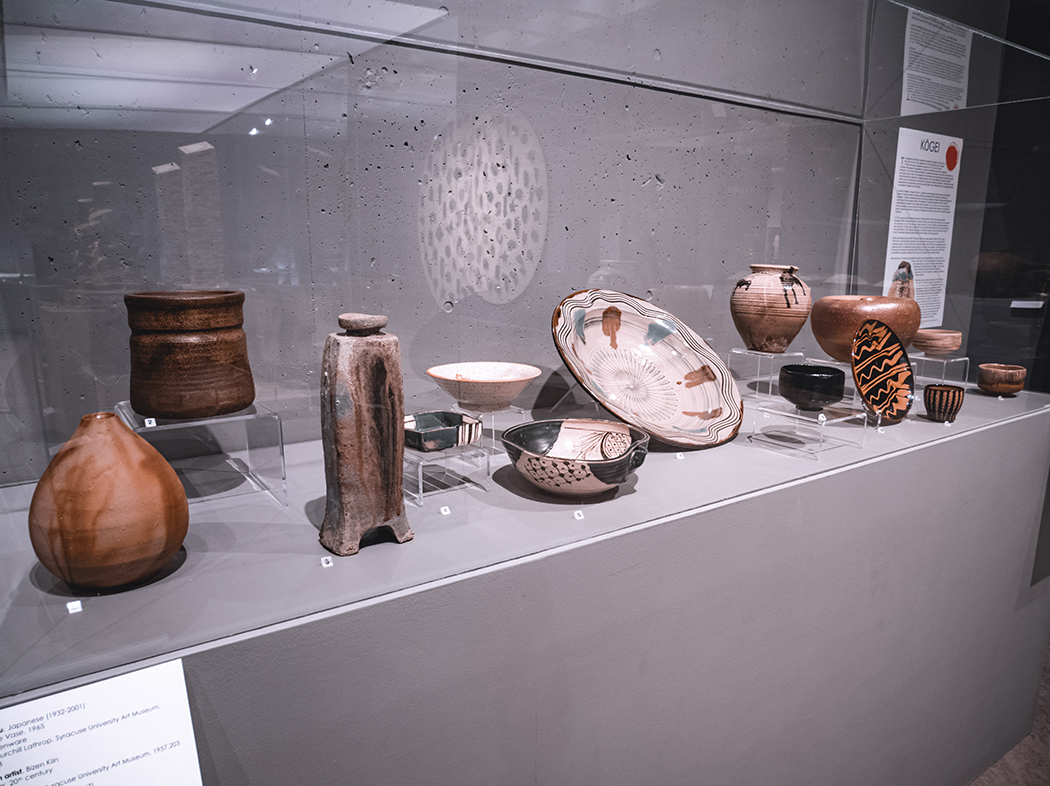 Ceramics curator Garth Johnson said the vast majority of the pieces on display were donated by the artists themselves. Chenze Chen | Collaborating photographer

Along with an increase in the inclusion of ideas, this art generation also saw an increased representation of female artists who were historically underrepresented.

“Even in Sōdeisha’s time, ceramics were not friendly to women because potters were usually men,” Johnson said. “The way they taught their students was mainly through apprenticeships. And these weren’t really open to women.

With these stories, the Everson Museum presents a special collection of arts with important works for Japanese ceramics. Thanks to close ties forged by former director Ronald Kuchta with two artists, Kimiyo Mishima and Araki Takako, the museum has been able to highlight the works of other female artists. These relationships later helped Kuchta connect with other artists who donated their works to the museum. The works are exhibited in the exhibition.

The Syracuse University Museum of Art is a major donor to the exhibit, Johnson said, but many other pieces came to the museum as gifts from the artists. These donations represent the relationship established between the museum and the artists, as well as the museum’s devotion to the art of ceramics, Johnson said.

Some of them are major career pieces that the artists have entrusted to the museum, “so it’s a celebration of those relationships,” Johnson said.

I tell a story of underrated artists. But I hope I change people’s ideas about Japanese ceramics to let them know it’s fun.

Garth Johnson, curator of ceramics at the Everson Museum

Steffi Chappell, assistant curator at the Everson Museum, believes it’s important to have a comprehensive exhibit that shows a different side of art in the community.

With the rich cultural representation of the artwork and the exhibition’s goal of showing the transition from postmodern to contemporary movement, the museum presents a distinguished collection, Johnson said.