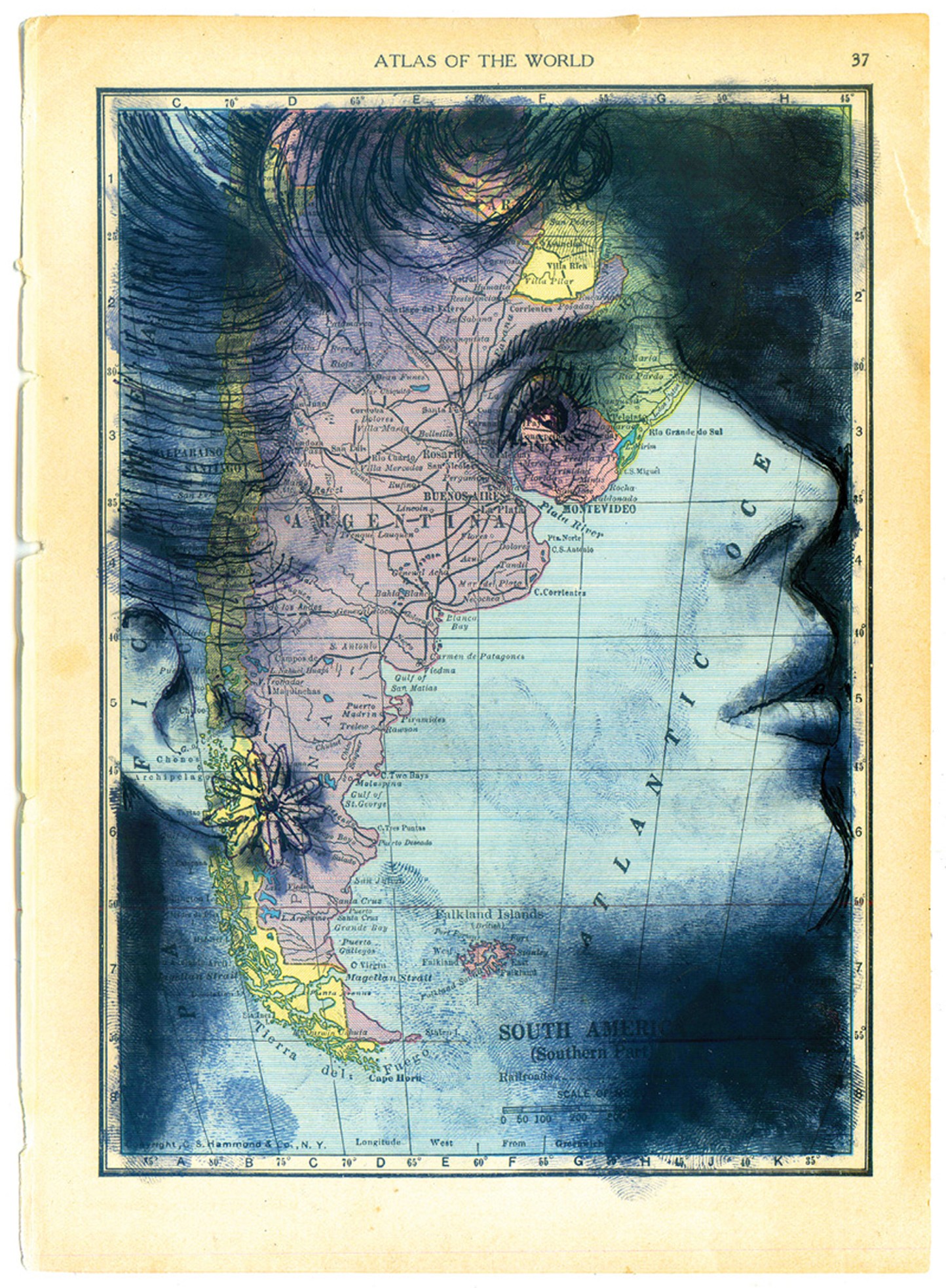 How do you find your way to the human soul? Some say you can access it by eye, others might need a map. Red Hook-based painter Daniel Baxter draws on both in his unique portraits of moving people on cards. 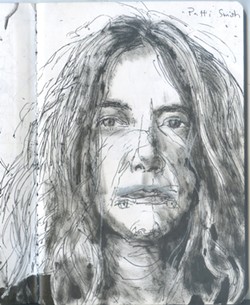 Her portrait of Eva Perón, featured on the cover, was inspired by reading a biography of Che Guevara. “Because of her contributions to Argentina, she became known as the ‘spiritual leader of the nation’. I admired her support for workers’ rights, as well as women’s rights, and thought How cool would it be to incorporate his image into a map of Argentina,” Baxter says.

Baxter began exploring painting on maps with a 1941 Rand McNally atlas that was crumbling at the spine. He thought about recycling it, but found the cards too beautiful. A map of Cuba suggested an old Ford automobile from the 1950s. He tried it out and loved the results. From there, he began to associate freely on other maps, seeing what might happen. “I responded to each map by drawing a portrait, a landmark, an artifact, that resonated in some way with each location,” he says.

Continuing his research, Baxter gained access to huge online collections of free maps to download. This allowed him to depict notable people on cards suitable for portraits, developing his distinctive style along the way.

When asked if the cards suggest the portrait or vice-versa, he replies, “It can certainly work both ways. Ultimately, I try to find a good marriage between the card and the subject, where they are each enhanced by the relationship. I never want the portrait to obscure what the card represents. The most important quality is this intuitive connection between person and place. If I feel this connection, the portrait will find a way to work. I try to appeal to the sensibility of my subject, and if it’s there, everything will fall into place. » 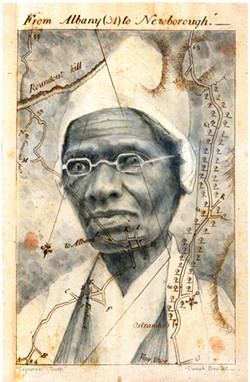 Baxter almost always works with black ink, which does not compete with card colors. “I like to build a drawing with the dry brush technique. I use ink pads and fingerprints to create tones, as well as Q-tips to draw. I use pencils with darker carbons,” he explains.

An avid reader, Baxter is interested in history, politics, science, sports and music. “Maps are the perfect canvas for encompassing these interests. They give me the “latitude and longitude” to explore ideas and celebrate notable personalities,” he adds.

A permanent resident of New York, Baxter grew up in Buffalo, studied illustration at Parsons School of Design, and lived in Brooklyn for 10 years. “Living in the city, I felt bombarded with so much information on the busy streets. It was exciting, but as a more cerebral personson, living close to nature gives me a clearer head. On a micro level, my town has a great recycling center, where I find cool old books, sheet music, and other materials to draw on. As an artist who works with found materials, this place has been a goldmine,” he says. 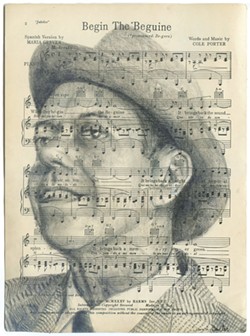