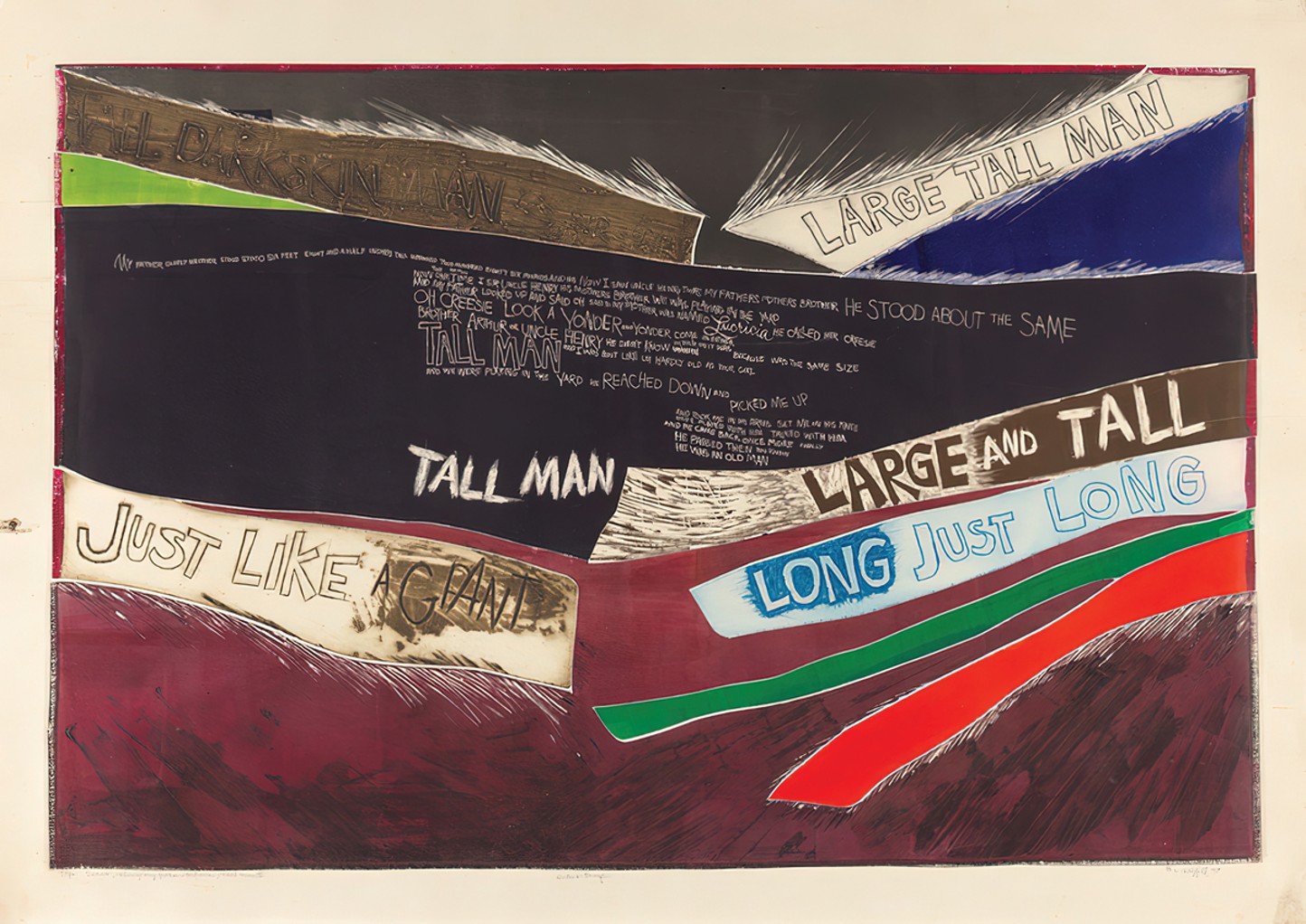 In 1963, artist and printmaker Ben Wigfall was hired by SUNY New Paltz as his first African-American art teacher. Wigfall was an excellent teacher who encouraged his students to explore creative possibilities and gave inspired and thorough critiques. But long before he retired in 1991, his real passion was outside of academia at Communications Village (CV), a printmaking center that trained and employed young locals to help distinguished, mostly African-American artists make prints. engravings. Located in an abandoned mule barn that Wigfall had renovated with the help of young locals in the black neighborhood of Ponckhockie in downtown Kingston, CV had a dark room where budding photographers could develop their prints. They could also learn cinema.

In a 2015 interview, Wigfall’s wife Mary described how thrilled the couple was to discover “a whole black community” when they first crossed the Wurts Street Bridge in the early 1900s. 1960s. Kingston’s Rondout was a diverse, mostly working-class neighborhood that was on the verge of being demolished by urban renewal. 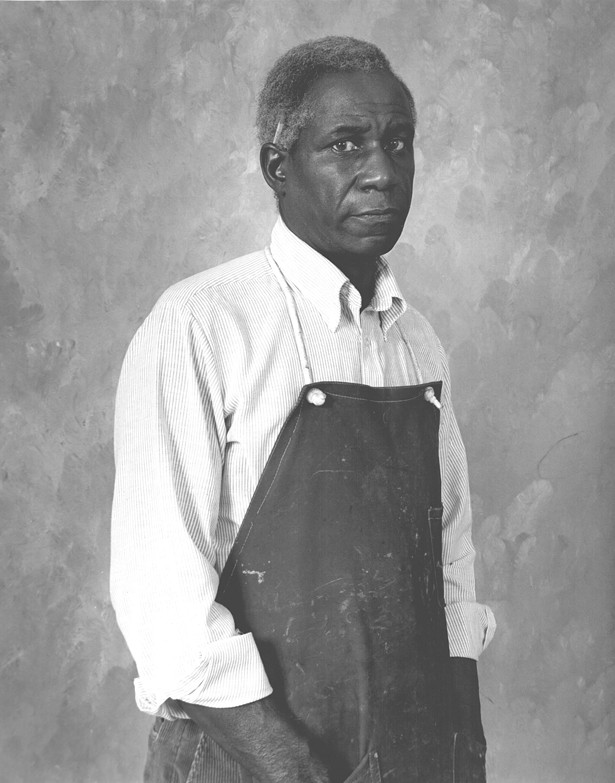 Fortunately, Ponckhockie, a stone’s throw away, was spared. After leading CV in the 1970s and 1980s, Wigfall redirected his energies to a gallery he founded at the Rondout. The Watermark Cargo Gallery, which opened in 1988, was a stunning vehicle for Wigfall’s curatorial talents, hosting exhibitions that beautifully showcased its collection of African art as well as the work of contemporary artists.

A soft-spoken, modest man, Wigfall “did what he loved,” recalls his son, Gino. “He was everywhere and constantly thinking.” Wigfall received a Special Citation Ulster County Executive Art Award in 2014 and died three years later aged 86. Each year his legacy has grown, thanks in large part to the efforts of Richard Frumess, founder and owner of R&F Handmade Paints and a co-founder of Kingston’s Midtown Arts District and the Kingston Arts Commission. In 2019, the Idea Gallery, located in Midtown Kingston, hosted an exhibition that juxtaposed pieces from Wigfall’s collection of African art with his own work, which few had seen, given he had never seen it. show.

An exhibition dedicated to Wigfall’s art and print studio, “Ben Wigfall & Communication Village”, opens at the Samuel Dorsky Museum of Art on September 10. Curated by Drew Thompson, associate professor of African and historical studies and director of African studies at Bard College, the exhibition will examine Wigfall’s multimedia work spanning four decades, including pieces from the collections of the Virginia Museum of Fine Arts and the Hampton University, as well as prints, photographs, and other ephemera documenting Communications Village. The exhibit will break new ground in documenting a chapter in the history of art in the Hudson Valley “that has yet to be written,” said Anna Conlan, director of the Dorsky. “Communications Village’s raison d’être was that in the 1970s the art world was a white supremacist and deeply racist world. We celebrate Ben’s resilience and commitment.”

CV has played a vital role as an alternative space for artists of color to create and show their work, according to Thompson. “It was a subversive space, unrecognized by the mainstream American art scene,” he says, noting that artists such as Benny Andrews, Charles Gaines, Mel Edwards and Betty Blayton-Taylor, some of whom have only recently obtained their due to major institutions such as the Museum of Modern Art and the Phillips Collection were excluded.

Another revolutionary aspect of CV was that the artists were “creating the art of the community,” says Thompson, citing as an example a drawing by Benny Andrews of Dina Washington, one of the neighborhood children employed at CV, and her friend in front of the church opposite. This type of interaction with the community “is often marginalized,” he notes.

“The mentorship he’s done with the youth of Communications Village,” Frumess says, “opening up horizons for them they never would have imagined otherwise, the taping of neighborhood conversations and sounds, the inclusion of his fellow artists – now many of them nationally or globally renowned – in his endeavours, his superb collection of African art which he has exhibited in his Watermark/Cargo gallery alongside the work of contemporary artists – all of this was also the art of Ben Wigfall.

Wigfall was born in Richmond, Virginia in 1930. He attended a separate school that did not have an art teacher, but while in high school he took classes at the Virginia Museum of Fine Arts. Wigfall attended Hampton Institute (now Hampton University), Virginia, and was one of only three African American artists to be accepted into the Yale School of Design, earning an MFA in 1957. He was an art teacher at Hampton before being hired by SUNY New Paltz.

Initially, Ben was “a purist and an abstractionist”, notes Thompson, later incorporating text into his prints. Several of these “talking prints”, a combination of aquatints and etchings, were included in the Idea Gallery exhibition. Direct descendants of the griot, or African storyteller, words, whose colloquialisms and shifts in scale and case capture the cadences of speech, tell the fragmented stories and adventures of various kin, dating back to slavery and the travel from Africa. 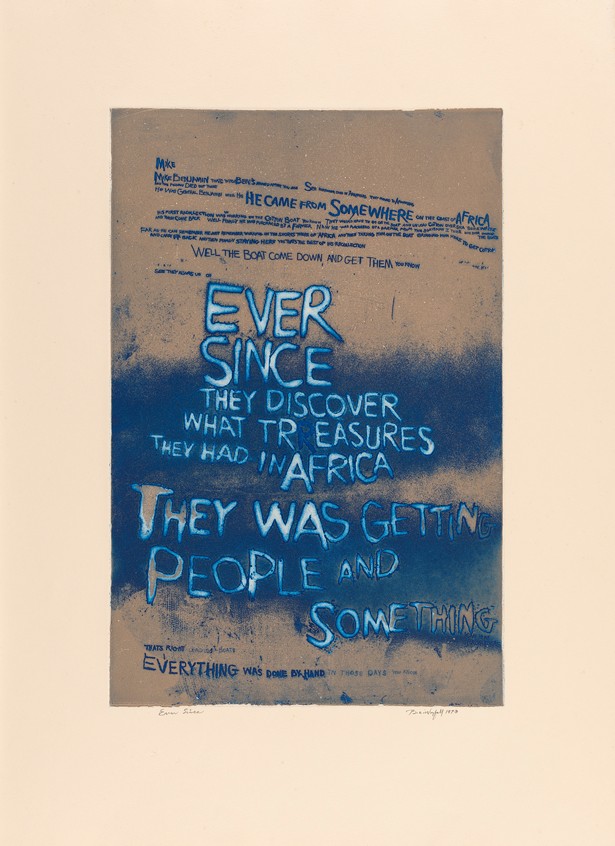 Joe Ramos, who taught printmaking at SUNY New Paltz alongside Wigfall and took over the department upon his retirement, notes that in the 1970s and 1980s the college “wasn’t a place for artists of color.” Village was an answer,” Ramos says. Wigfall took advantage of “subsidies available at the time to invest in underdeveloped areas”, says Ramos. “Ben’s idea of ​​Communications Village could be considered radical at the time. It created inroads into the community and enabled an exchange.” Wigfall was initially met with resistance. “Particularly back then, a black man going to buy a building makes his eyes roll up a bit,” Ramos says. Despite the racist and hostile attitudes he encountered, Wigfall forged ahead to create a gallery that rivaled the best in New York in terms of professionalism and quality of work, notes Ramos.

It showed distinguished artists such as Terry Adkins as well as SUNY New Paltz alumni and students, including Ramos, Maurice Brown and Pat Jow Kagemoto, who assisted CV for many years and made their own prints there. World-renowned sculptor Martin Puryear, who represented the United States at the 2019 Venice Biennale, reportedly visited the gallery to purchase African art. 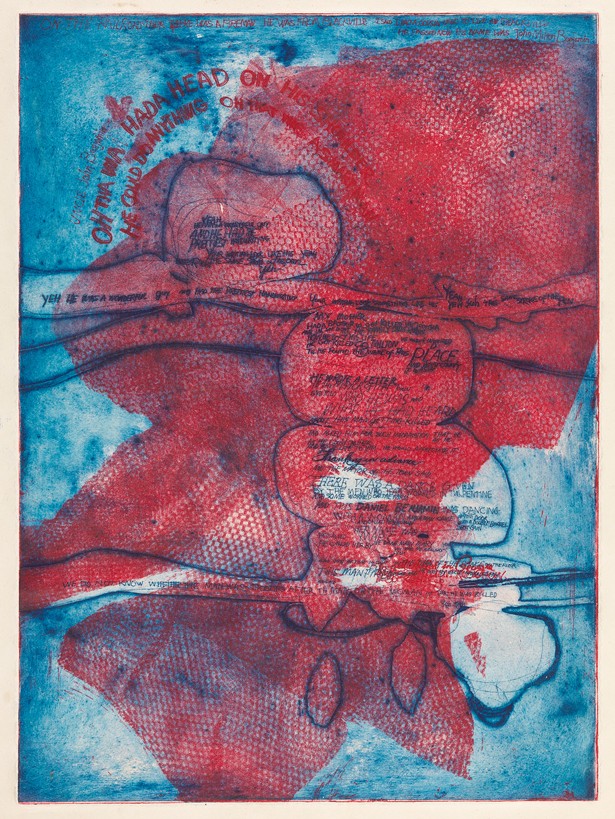 “Communication is a weapon of survival. It’s a way to find commonalities, a way to bridge the divisions between us, a way to expand, to enrich, to educate,” Frumess writes. “Communication was Ben’s art, an art that can only be partially captured by exhibiting his work. The whole can only be captured by using it as a tool to build relationships with the wider community.” In the crucible of a racist society, Ben Wigfall forged a new vision, a vision whose lessons and achievements resonate with new urgency today.