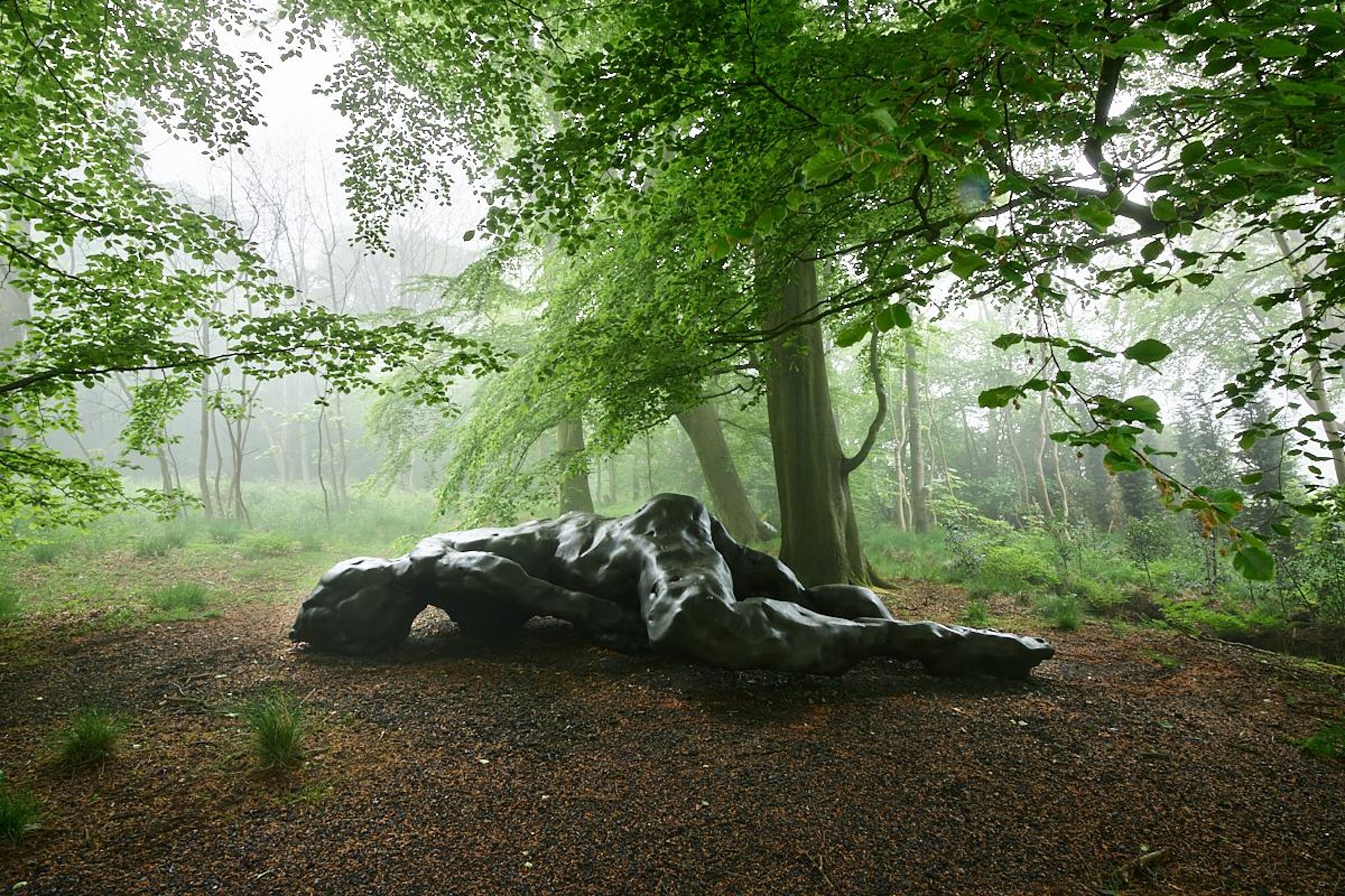 Arts Preview 2022: The Year Ahead in Visual Arts

RSA New Contemporaries 2022, Royal Scottish Academy, Edinburgh, February 26 to April 3, 2022 Leaving art school and starting to make your way as an artist has always been difficult, but it has rarely been more difficult than in the past two years, with graduation exhibitions forced to take place online and even more limited opportunities than usual. The RSA New Contemporaries show, which brings together a selection of the best work by new graduates from Scotland’s five art schools, did not take place in 2021, but the selection was made, and these artists now have their moment. The 57 artists, working in the fields of painting, sculpture, film, photography, printmaking, installation, performance and architecture, will have the chance to create new works for the exhibition which will be, for many, their first opportunity to present their work to the (non-virtual) public. Artists with awarding shows in 2021 have also been selected for the next show – look for more details on that later in the year. SM

Reopening of the Burrell Collection, Glasgow, March 2022 In 1944 Sir William and Lady Constance Burrell donated their collection of over 9,000 works of art to the City of Glasgow. The collection’s purpose-built house in Pollok Country Park, the result of an architectural competition, opened in 1983, an early indication of the cultural transformation the town was about to undergo. Now, after a £68.25million refurbishment and nearly six years of closure, the Burrell is set to reopen in March with upgraded facilities and 35 per cent more exhibition space, meaning we’ll be able to see many more from Burrell’s collection, which is as diverse as it is extensive. In areas where it is particularly strong – medieval and renaissance art, tapestries, carpets and stained glass – it is on par with some of the best museums in the world. Oh, and look for 5,000 years of Chinese art and one of the finest collections of Degas works in Europe. SM

Register to our daily newsletter

The newsletter mute the noise

Masterpieces from Buckingham Palace, Queen’s Gallery, Edinburgh, 25 March – 25 September 2022 is a double anniversary. It’s the Queen’s Platinum Jubilee, but it’s also the bicentenary of George IV’s visit to Edinburgh. The first visit by a reigning monarch for nearly two centuries, it was a grand tartan show hosted by Sir Walter Scott. The Royal Collection Trust has jointly designed a truly breathtaking spectacle to celebrate these two events. Thirty-three masterpieces from the unrivaled wealth of the royal collection are sent to the Queen’s Gallery at Holyrood. George IV was a great collector and 24 of the pictures were purchased by him, including Rembrandt’s Self-Portrait of 1642, two other Rembrandt portraits and Van Dyck’s magnificent double portrait of Thomas Killigrew and William, Lord Crofts. The selection will also include a superb landscape by Rubens and an equally charming Claude, A View of the Campagna from Tivoli, never before seen in Scotland. Pieter de Hooch’s Court in Delft is Dutch painting at its best, but a star will undoubtedly be the Self-Portrait with an Allegory painting by Artemisia Gentileschi. DM

Alberta Whittle, Arsenale Docks, S. Pietro di Castello, Venice Biennale, April 23 to November 26 After a three-year hiatus due to the pandemic, the Venice Biennale is set to continue this summer, with Alberta Whittle assigned to represent Scotland. Time and again, Whittle has proven his ability to take the pulse of society and create work that speaks to the moment in a way that is both unwavering and deeply human. As the pandemic took hold, she was one of the few artists to tackle the situation head-on, making a film for Glasgow International that referenced the racial inequalities that had just emerged. Her work RESET, which won the Frieze Prize and was featured at Jupiter Artland last year, once again captured the moment with themes of friendship, healing and empowerment. Although the details of Venice’s work are still under wraps at the time of writing, she is sure to have something to say on this major international platform. SM

Douglas Gordon, k.364, Dundee Contemporary Arts, May 7-July 31 Delayed nearly two years by the pandemic, the long-awaited premiere of Douglas Gordon’s k.364 is set to take place this spring. A multi-screen installation taking up the entirety of DCA’s Gallery 2, the film follows two Polish-born Israeli musicians, Avri Levitan and Roi Shiloah, as they travel from Berlin to Warsaw by train, culminating in a performance of Mozart’s Sinfonia Concertante in E-flat major (also known as k.364) at the Warsaw Philharmonic Hall. Gordon is a master of encapsulation, but this is a complex work about unresolved stories and the enduring power of music, set against a challenging contemporary backdrop of post-Brexit Europe and the rise from the right. Gallery 1 houses partially burned pages of the musicians’ scores for the Concertante, resonating with themes of fragility and resilience. It may well strike a chord (no pun intended) even deeper in the post-covid world. SM

Tracey Emin: I Lay Here For You, Jupiter Artland, Edinburgh, Spring 2022 (dates to be confirmed) Over the past two decades, Tracey Emin has gone from enfant terrible and creator of the world’s most famous unmade bed to CBE and professor of drawing at the Royal Academy. This spring, Jupiter Artland will unveil I Lay Here For You, a nude female figure pressed and shaped in the artist’s hand like a clay figurine, then scaled into a monumental bronze. Set in a wood, it is described as “an intimate encounter with love, loss, grief and longing”, promising to do what Emin at his best does so well: take the deeply personal and give it a universal resonance. The new sculpture will be accompanied by a solo exhibition taking over the different spaces of the Jupiter gallery, mostly new works. Her first show in Scotland since 2008, it’s a long-awaited chance to catch up on her mature work. SM

Will Maclean, Points of Departure, Edinburgh City Art Centre, June 4 to October 2 Plans to mark Will Maclean’s 80th birthday with a major retrospective earlier this year, like almost everything else, had to be postponed. Now scheduled for spring 2022, it will instead celebrate its 81st birthday. He certainly deserves a celebration. His contribution to Scottish art was unique. Her Gaelic background has shaped her ambition to find a way of making art that is a visual equivalent of Gaelic poets and therefore, like them, to explore, celebrate but also sometimes lament the Highland experience. His work extends to the Highland diaspora, but beyond, too, to the lives of explorers and sailors who sailed the northern seas. To do this, he mainly found the way of assembling, bringing together, creating and suggesting associations, but always, like a poet shaping words, working his materials so that the beauty of the object opens it up to our imagination. It will be a comprehensive retrospective with major works from across his long career. DM

Anatomy: A Matter of Death and Life, National Museum of Scotland, Edinburgh, July 1 to November Edinburgh was a major center of medicine in the 18th and 19th centuries, but anatomists needed bodies. So enterprising William Burke and William and Margaret Hare set out to provide them. They murdered 16 people they thought no one would miss and sold their bodies for dissection. Grave robbing also became a common practice. These horrifying stories are the focus of a major exhibition at the National Museum of Scotland on the history of anatomical study which will examine these links between science and crime in the early 19th century. Drawings by Leonardo da Vinci and other artwork will elevate the tone, however, and the exhibit will also examine the broader social and medical history surrounding the dissection of human bodies. He will then update the story by highlighting the changing practices and attitudes regarding the supply of bodies since the Burke and Hare murders nearly 200 years ago. DM

A Taste for Impressionism: Modern French Art from Millet to Matisse, National Gallery of Scotland, Edinburgh, July 13 to November 30 The National Gallery has made a big fuss about Impressionist exhibitions, but this summer it’s offering one that promises to be different. There will be over a hundred works in the exhibition from artists such as Degas, Monet, Pissarro, Cézanne, Gaugin and Van Gogh. To these impressionists and post-impressionists will be added the works of the precursors of the movement such as JF Millet and some of those who followed such as Matisse. The reference to “taste” in the title of the exhibition also reflects a particular attention paid to works acquired very early on by discerning Scottish dealers and collectors from artists who were little known at the time. Later, the enormous popularity of Impressionism provided lucrative opportunities for forgers. As a challenge to the visitor, the show will include several false, unmarked ones to test visitors’ discernment. DM

Mary Queen of Scots (working title), Hunterian Art Gallery, Glasgow, October 14 to February 6, 2023 Glamour, passion and the most brutal power politics all came together in the tragic life of Mary Queen of Scots. She died over 400 years ago, but her story still fascinates and has inspired artists in virtually every art form, from poetry and painting to opera and film. A major new exhibition at the Hunterian sets out to explore this phenomenon and its enduring presence in our collective memory. The objects in the exhibition will testify both to the facts of the tragic story of Mary and to the subsequent development of her romantic image. They will include paintings, prints, printed books, archival documents as well as coins and medals, an area in which the Hunterian collection is particularly rich. A rare medal celebrates Mary’s unhappy marriage to Henry Stuart, Lord Darnley, while its coinage was the first to bear the portrait of a female monarch. The resemblance was so great that the master of the Royal Mints went to Paris to draw it. It was ironic that he had taken so many precautions. By the 18th century, any vestige of the real person was entirely lost in romantic myth. DM

A message from the editor:

Thank you for reading this article. We are counting on your support more than ever, as the change in consumption habits caused by the coronavirus has an impact on our advertisers.

Sketches by Leonado da Vinci will be part of the anatomy exhibit at the National Museum of Scotland. PIC: Royal Collection Trust
2022-01-01
Previous Post: Visual art: 2 things I look forward to in 2022
Next Post: Visual Art Review: Krzysztof Wodiczko — The Art of Interrogative Design