In this hyper-connected digital age, the multidimensionality of video seems to play an increasingly dynamic role in our perception of reality, especially in the imaginative realm of art. An exhibition inaugurated on February 19 at foreland in Catskill—“The Moving Picture Show”— offers a captivating encounter with fantastical nature and the growing possibilities of video art today. Curated by Peggy Ahwesh (a highly accomplished experimental film and video artist in her own right), this group exhibition is a brilliant installation of works by 10 Hudson Valley-based media artists, including Ephraim Asili, Cecilia Aldarondo, eteam (Franziska Lamprecht and Hajoe Moderegger), Goss&Gitlin, Maggie Hazen, Laleh Khorramian, Les LeVeque, Keith Sanborn and Carolee Schneemann.

As the title suggests, “The Moving Picture Show” is a series of sculptural “videoscapes” rooted in moving images that appear to be half “quasi-documentary” and half “otherworldly sublime”. eteam’s work beautifully encapsulates the interplay between these two opposing themes: their piece titled Flowers 1–12 (2020), is a circular sculptural installation of 12 videos on separate monitors, each with headphones that invite the viewer to sit on small tree stumps while experiencing a visual meditation of lovely flowers animated shows accented by various sound scores, including gospel, acid jazz, and techno-esoteric (all musical collaborations with various sound artists). The ritual space created by these exalted floral fantasies combined with the range of musical moods inspires a unique atmosphere while perhaps alluding to the alarming bio-annihilation of our Earth – is this kind of video representative of a cybernetic floral future? 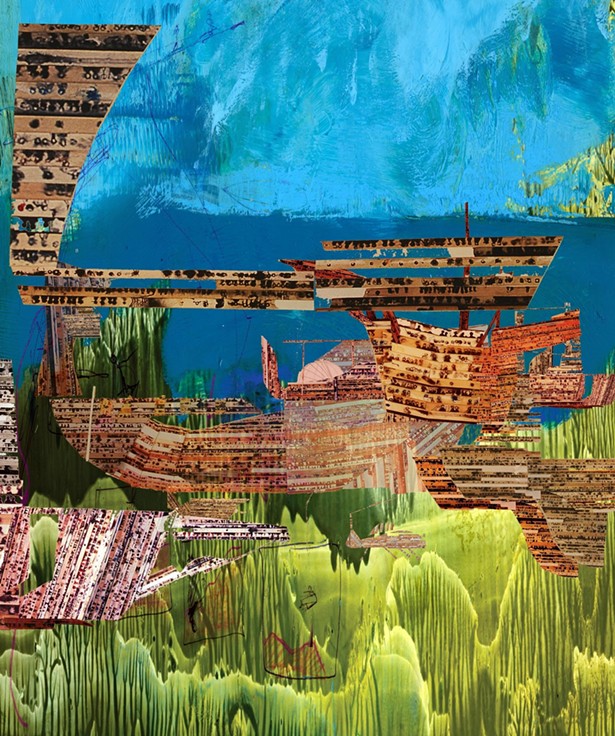 Near the eteam installation is a large screen projection of Laleh Khorramian, Water panics in the sea (2012). This compelling, semi-abstract piece takes us through a series of powerful aquatic scenes and also seems to address the drastic environmental fluctuations taking place on our planet – the health of our global waters and rising sea levels being a major concern. for everyone. Two works by Les LeVeque echo the emphasis on flowers as divine messengers of Mother Nature: Recycling/Recycling/Comments #1 and #2 (2020) are composed of video murals with a live CCTV camera of dried flowers rotating in perpetuity and captured on screen. The hypnotic effect of this work reveals a common theme throughout the show: video (as sculpture) both as a faithful recording and as an elaboration of fleeting worlds. 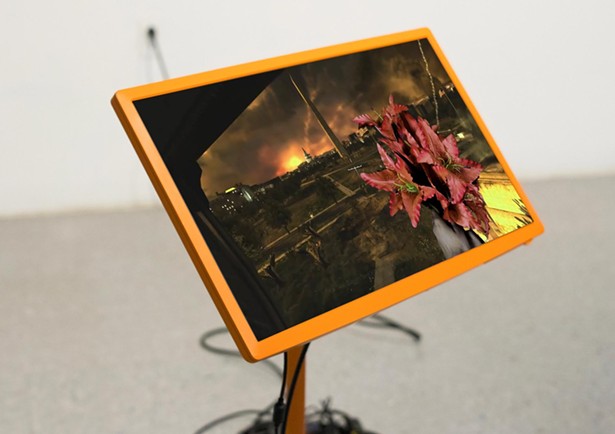 Several provocative works by Maggie Hazen bring the violent visuals found in video games online. A notable aspect of her art, however, is that she incorporates delightful flowers as avatars that offset the violence players can experience in these handcrafted environments. In his piece Call of the Lily_2 (2019), for example, a rugged pink flower avatar gracefully guides us through a wild dystopia, yet another example of artistic praise for greenery amid ruin. 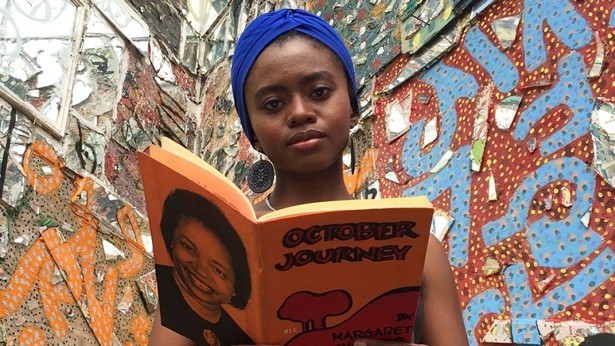 Considering the “video-documentary” aspect of this program, Asili Ephraim’s video piece Fluid borders (2017), which includes women reading books aloud, and a series of Polaroid portraits Measure time 1-8 (2020) are a candid reminder of the beauty and intelligence of humanity as purely analog. In the same vein, 10 short videos viewed upside down, titled illusion energy (2010) by Keith Sanborn, and interactive sculpture How to summer (2014) by Goss&Gitlin propose that history and intentionality are essential conditions for artistic creation.

The unexpected treasure of this show is that of Carolee Schneemann Water Light/Water Needle (1966). In this dual-channel video, superimposed images of performers dressed in white interact with each other through acrobatic-style moves as they gracefully walk on suspended ropes in a dreamy outdoor location. They entertain other forms of ethereal gymnastics, creating a hazy and peaceful vision of an experimental scene that is both intriguing and disconcerting – this is the indomitable Schneemann, who died in 2019, at his best.

“The Moving Picture Show” is an exploratory investigation of video narratives that express the diversity of our world as a boundless “moving picture” while simultaneously transcending that world through colorful recappings of reality. These video visions push us further into a dimension of infinite intersectionality and bring us back to Earth through worship and remembrance.

On February 26 at 7 p.m., Foreland will screen the 2020 film by artist Cecilia Aldarondo Landing,

a documentary that details daily life and the economic crisis in Puerto Rico after the fallout from Hurricane Maria. The screening will be followed by a Q&A with Aldarondo and artist Sky Hopinka.